Battle Of The Year 2013 Poster 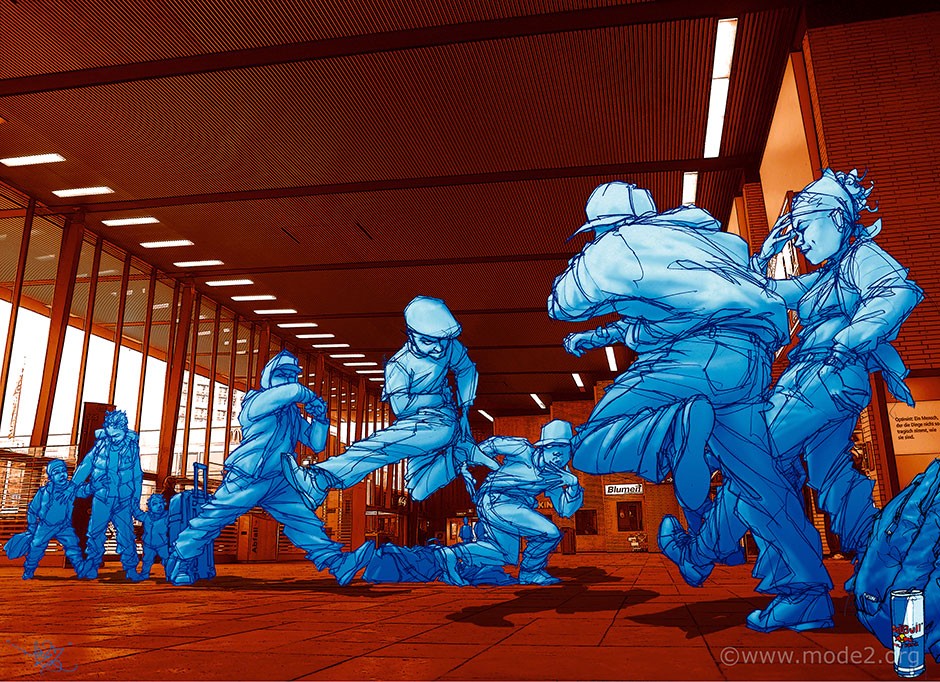 In 2013 the Battle Of The Year International Finals moved back to Braunschweig, Germany. For the occasion I went on a location mission with my colleague Mario Roth, taking photos of landmarks around the city, but in the end I opted for the main railway station.
This was the point where the majority of people arrived in the city, and also where there was a sound system set up after the after-party, so that all those waiting for their train back home could hang safely at the station AND have music and a smooth floor to dance on; if they still had the energy.
The Red Bull can is always a necessity for the sponsor, though I myself haven’t drunk any since many years…