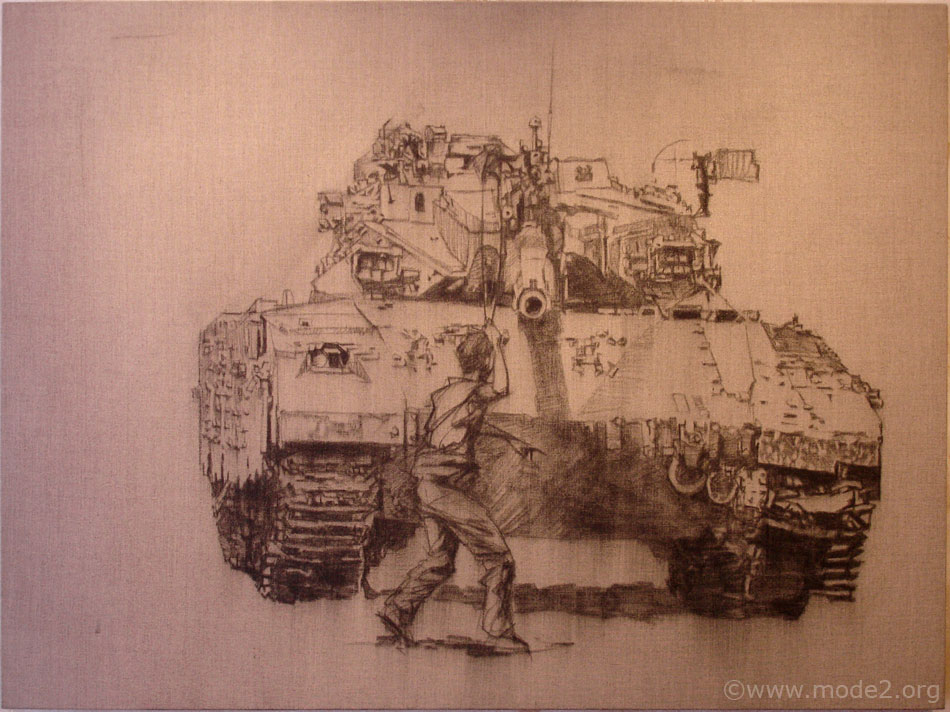 From the “Never To Late…” show I had at the Lazarides Gallery on Greek Street in April 2008, “David and Goliath” was snapped up by 3D from Massive Attack, before the show opened. I would have maybe added some white highlights to the whole scene, but I guess that this would have just been decorative, as the message is pretty much there already.

This was also made into a three-colour print, but those are in storage somewhere now…