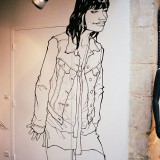 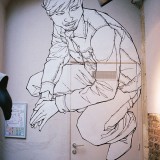 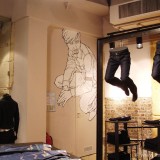 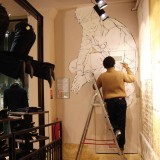 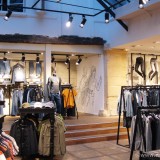 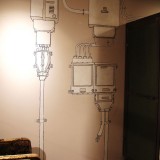 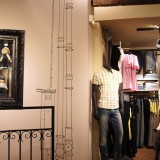 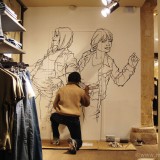 After the other stores and trade fairs that I had worked on, the Paris store was supposed to be a kind of “welcome home” affair, but, maybe some might put it down to store-deco fatigue, but in reality I found no inspiring vibe around the store in Rue des Rosiers; the guys running the place exuding no finesse whatsoever.
They didn’t really know what they wanted, had no real bond with any kind of audience or following, and would change their minds about how they wanted the store to look.
I gave it my best shot, and even had to come back and change some of the characters, but sadly this was something that could have been so much better, in my eyes. I could have really pulled off something in that place; but I kind of failed to keep my patient alive.
The moral of the story is, roll with the crew that you feel good with…